Ground-level ozone is a secondary air pollutant and a greenhouse gas, contributing to warming of the globe. It is produced from reactions between the primary air pollutants nitrogen oxides (sources: transport and industry) and volatile organic compounds (sources: petrol, natural gas, paints, certain tree species) during warm and sunny weather. Ozone concentrations are particularly high in rural areas downwind of cities. Ozone enters vegetation via the small pores in the leaves, causing visible injury to develop on the leaves of sensitive plant species. Typically, injury is present between the veins on the older leaves, with small bronze, brown, or yellow flecks appearing on the upper surface (see photos below). In severe cases, the flecks can join to form large lesions covering most of the leaf surface. Ozone will cause leaves to turn yellow and die-off earlier than normal in sensitive species. Ozone-sensitive plant species include crops such as wheat, soybean, beans and pulses; trees such as beech, birch, Norway spruce, poplar, oak; wildflowers such as the harebell, meadow buttercup and cowslip; and grasses such as Dactylis glomerata, Briza media and Phleum bertolonii. 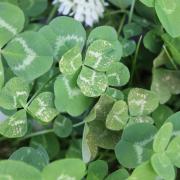 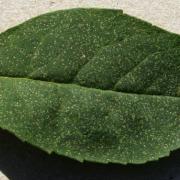 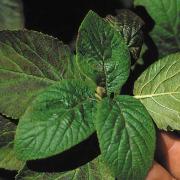 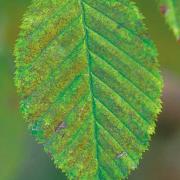 The role of the ICP Vegetation with respect to ozone pollution is: 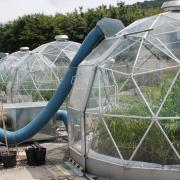 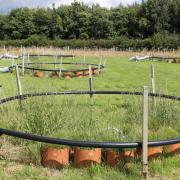 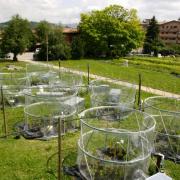 In 2011, the ICP Vegetation published a report highlighting the potential impact of ozone pollution on food security. The report provides detailed information on how ozone may reduce the availability of food, presents an analysis showing varying sensitivity of different crop species to ozone and carries out the first flux-based assessment of ozone impacts on wheat yield in Europe. 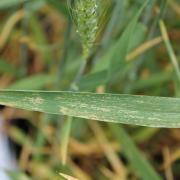 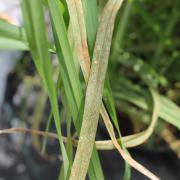 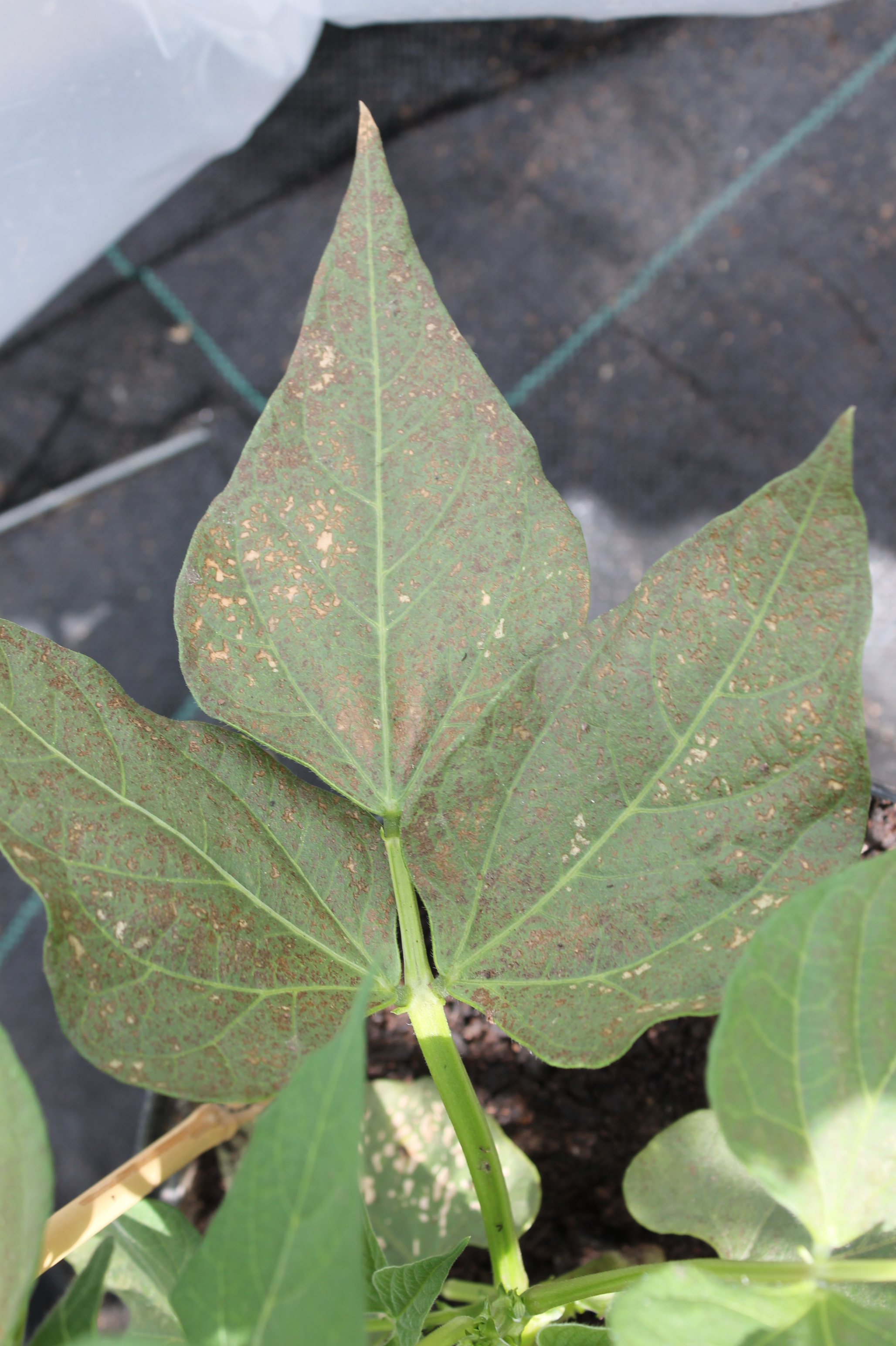 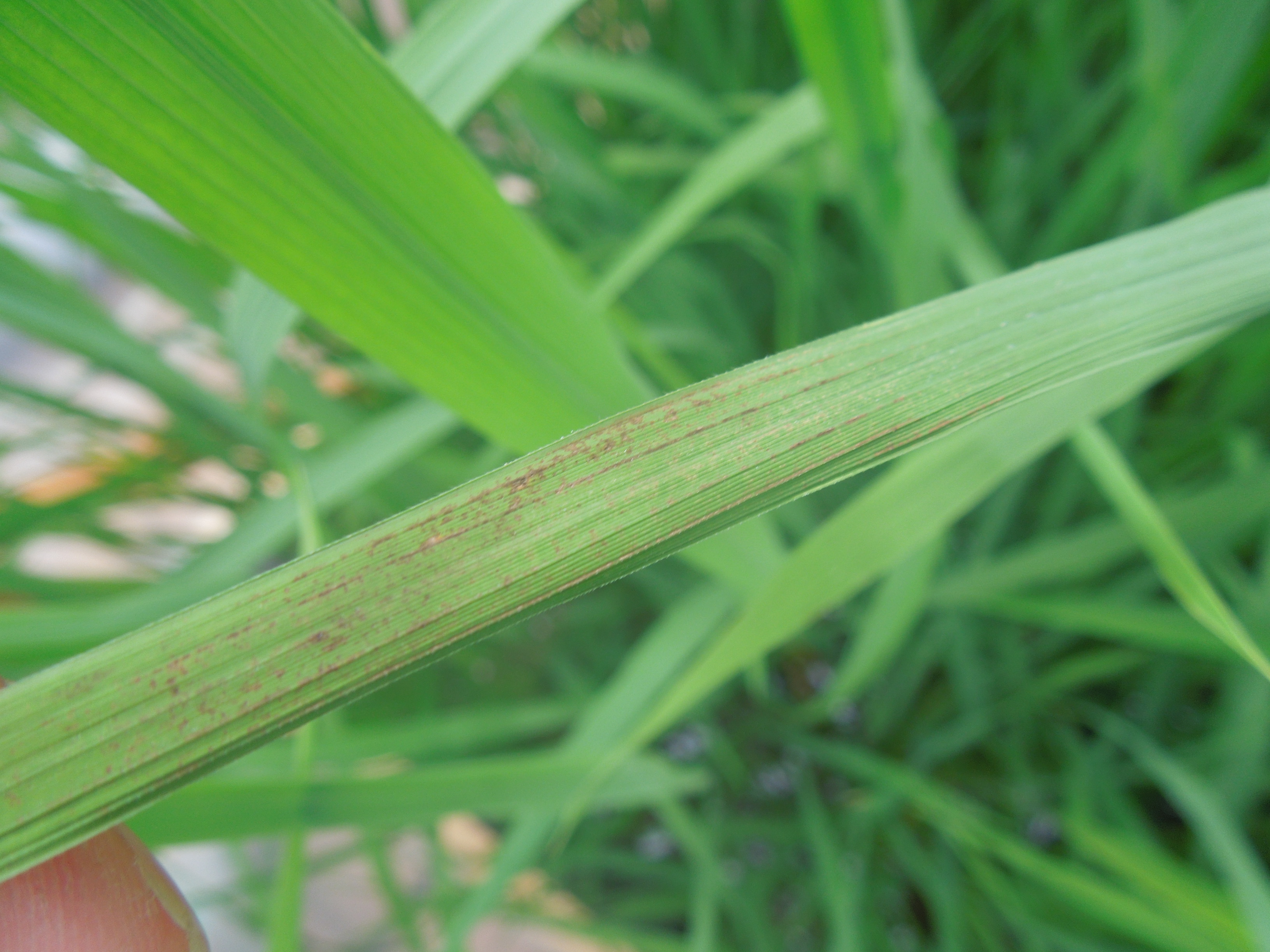 In 2018, two papers were published in Global Change Biology on global ozone flux-based assessments reporting on the impacts of ozone on wheat, and maize, soybean and rice yield, led by Professor Gina Mills (former Head of the ICP Vegetation Programme Coordination Centre). Total wheat production losses due to ozone for developing countries receiving Official Development Assistance funding (ODA) were 50% higher than those in developed countries. Results also showed that efforts to improve wheat yield by increasing irrigation may actually exacerbate the effect of ozone in some areas of the world (e.g. USA).  In the second paper, the impacts of ozone pollution on crops were put into context with other crop stressors, including heat stress, aridity, soil nutrient availability and pests and diseases. Crops varied in sensitivity to ozone, with global yield losses (average for 2010-2012) greatest for soybean (12.4%), then wheat (7.1%), rice (6.1%) and maize (4.4%). The impact of ozone on yield was found to be within the range of concern for other crop stressors. For example, the ozone stress scores for wheat, maize and rice were mainly in the same range as global impacts of heat stress and aridity.

There is a need to include ozone as a stress factor in the development of new, high yielding crop varieties. Crop management options (e.g. smart irrigation) should be further investigated to assess their potential in mitigating adverse impacts of ozone on crop yield.

Collection of field-based evidence on the occurence of ozone-induced leaf injury enables the verification of predictions from experiments and models, and helps to demonstrate the impact of current ambient ozone levels.

Since 1998, ICP Vegetation participants have been conducting biomonitoring experiments with ozone-sensitive plant species such as white clover and French beans. In 2007, the ICP Vegetation published an Evidence Report detailing widespread ozone damage to vegetation in Europe during the period 1990-2006. Over 500 incidences of visible ozone injury were recorded on crops, grassland species and shrubs growing in the field under ambient conditions in 17 countries across Europe. Compared with ozone concentration risk maps, risk maps based on ozone stomatal flux are better at predicting the occurrence of ozone damage on vegetation. Hence, the flux-based methodology (applying the DO3SE model) and critical levels are recommended for assessing the risk of ozone impacts on vegetation for policy applications.

a) EMEP modelled mean ozone concentrations and ((b) generic-flux based metric (right) for crops for 1995 to 2004, superimposed with the location of all sites where an effect of ozone has been detected during those ten years. Map data source: EMEP/MSC-West.

In order to build upon the data gathered for the 2007 evidence report, in 2014, the ICP Vegetation developed a smart-phone App for recording incidences of ozone-induced injury on vegetation. The aim is to create a database of injury records from around the world, adding to the growing list of ozone-sensitive plant species. A second follow up evidence brochure was published in 2016, which included a collation of field evidence of impacts of ozone on vegetation for the period 2007-2015. Data included biomonitoring records from ICP Vegetation participants, data from published literature and records received from App users.

For details of ozone impacts and visible injury symptoms on tree species, see:

With the recent development of the ICP Vegetation-Asia network, our aim is to gather further biomonitoring data on the impacts of ozone on vegetation from Asian countries. Ground-level ozone concentrations in (South-)East Asia are amongst the highest in the world. An 'SOS' (Sensitive Ozone Species) network of gardens will be established across Asia to provide evidence of the geographical extent of the damaging effects of ozone pollution on vegetation. For further information on how to set up a garden, see the ICP Vegetation 'SOS' monitoring protocol document.

There are also plans to extend the network to Africa, please contact Felicity Hayes (fhay@ceh.ac.uk) if you are interested in taking part.

In addition, methods have been developed for mapping the risk of damage to a generic crop and two generic tree species using a simplified flux model that can be applied within integrated assessment modelling.  Ozone critical levels, their scientific basis and generic flux -based risk assessments are described in detail in Chapter 3 of the LRTAP Convention Modelling and Mapping Manual. This manual was substantially revised in 2017 and has been updated with the decisions made at the most recent ozone critical levels workshop in Madrid ('UNECE Ozone Critical Levels Workshop, Madrid, Spain,' 7-8 Nov 2016) and discussions at the 30th ICP Vegetation Task Force Meeting (Poznan, Poland, 14-17 Feb 2017).

While the impact of ozone on crops and trees has been extensively studied, less is known about the effect on (semi-)natural vegetation, due to the number of species and complexity of communities in natural ecosytems. In diverse plant communities, differences in ozone sensitivity between species (e.g. due to leaf diffusive properties or cellular detoxification capacity) can lead to long-term changes in species eveness or richness. Grassland and wetland habitats are important for the conservation of biodiversity, and in some habitats, for example temperate perennial grasslands, species are exposed to ozone over long growing seasons.

Recent work includes investigations of the impact on ozone on species in the Mediterranean Dehesa, (open oak forest with annual pasture understory), which has a high species richness. Due to weather conditions in the region, Mediterranean vegetation is exposed to high levels of ozone (relative to other parts of Europe) and levels are predicted to rise in the future due to an increased frequency in symmer droughts and higher temperatures. Studies include determining the effects of nitrogen on ozone critical levels (Calevete-Sogo et al., 2017) and testing how plants growing in their natural environment, under inter-specific competition, respond to ozone (Gonzalez-Fernandez et al., 2017).